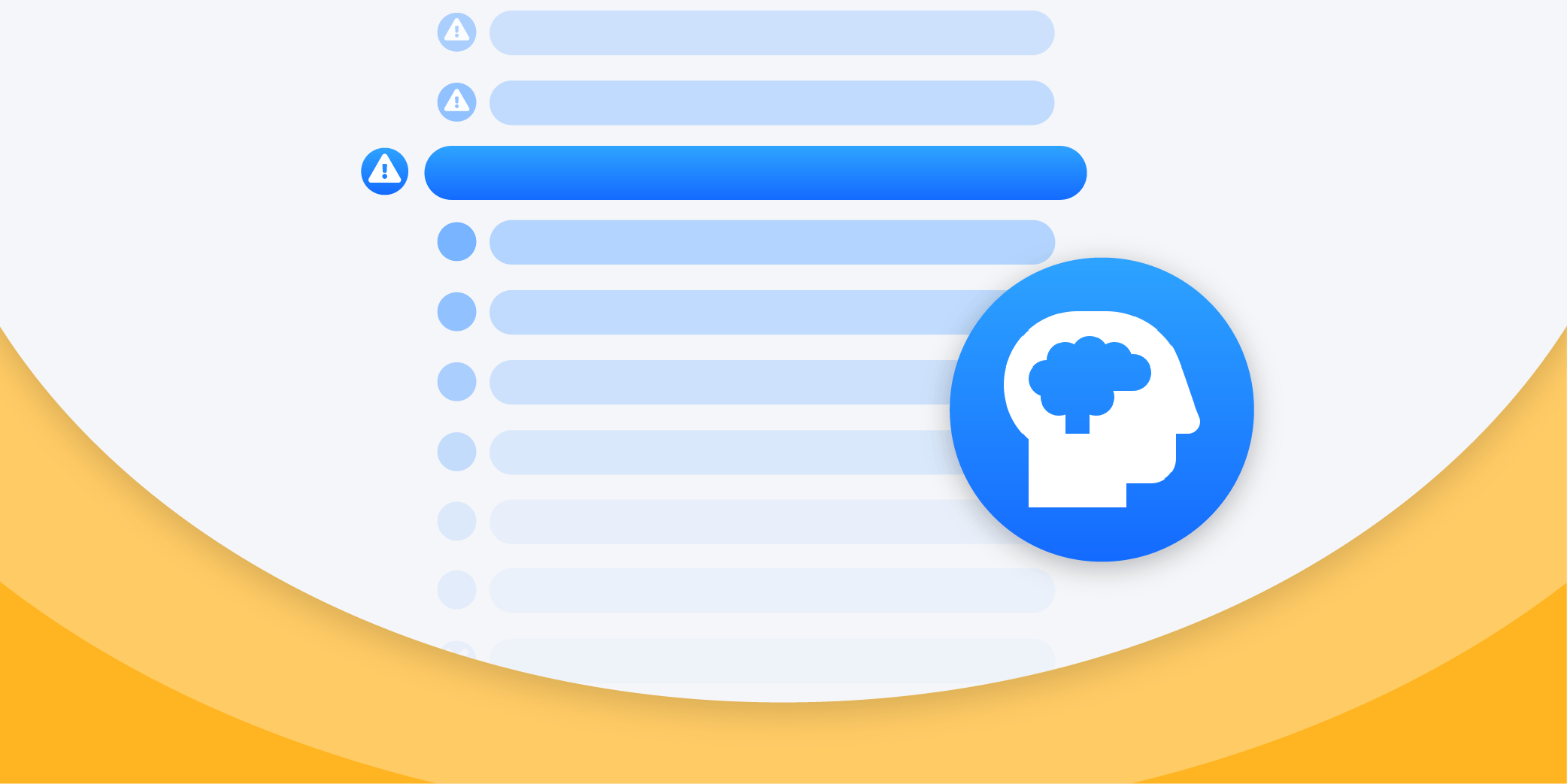 Neuromyths are misconceptions surrounding the functioning of the human brain. Due to simplifications made by the media, political and commercial motives, and researchers’ rush to publish flashy results, people accept an erroneous, incomplete, or preliminary notion as an innovative revelation. Though most of these myths are eventually disproven, they have usually taken hold in people’s minds before that happens. We will be sharing 10 of the most famous neuromyths and their falsely-claimed neuroscientific foundation.

This myth refers to the erroneous notion that we merely use a fraction of our brain, thus under-exploiting its potential. Its ancient origin could go as far back as the first studies on the brain in the 1930s. The measuring equipment, which was not sensitive enough back then, revealed certain « silent » cerebral areas, giving the impression that our brain was only partially being used. Another thesis says that the description of the brain as the sum of highly specialised areas led people to believe that only one of those areas could function at once. Allegedly, Einstein would have claimed that he only used 10% of his brain. Modern cerebral imagery could also contribute to this myth, by suggesting that only regions showing colours are working, while in reality, these simply display a higher activity compared to the rest of the brain.

Actually, neuro-imagery shows that, at any time, we use a large number of interconnected areas from both hemispheres of the brain. We use our entire brain, even during the most fundamental inactivities, and even while we’re asleep. Its potential develops thanks to brain plasticity, referring to the brain’s ability to change at any age — for better or worse.

2. "People are right or left brained"

We are often told creative people have a « right brain », while rational people are more « left brain » oriented. The idea that we would use one hemisphere of the brain more than the other is based on… nothing. The online test involving the rotating female dancer to identify this imaginary profile actually shows a completely unrelated property of the human brain. This is called the bistable perception of an ambiguous stimulus. The visual scene of the dancer can give rise to two interpretations (turning one way or the other). The brain first chooses one perception, before switching to the other one after some time.

This erroneous belief is based on the fact that there is a relative hemispheric specialisation, that is to say that both halves of the brain don’t do the exact same thing. That asymmetry has nothing to do with personality. The left hemisphere, for example, is home to the main functions of speech (in right-handed people). The right hemisphere is better equipped for depth vision. However, most tasks we perform require collaboration from both hemispheres. They are linked by a massive path of communication called the “corpus callosum”. Whether we aim to think or create, both halves of our brain work together all the time.

This myth allowed a generation of specialised HR and personal development consultants to surf on an incredible wave of publications and seminars from the 1990s till 2000.

3. "Learning is all a matter of early childhood"

According to this faulty idea, it is critical to learn specific things before a certain age, because you will have great difficulty doing so later on, or you won’t be able to do it at all. « Everything happens between the ages of 3 and 6 », is what this myth would have you believe.

Neuronal plasticity, or the brain’s ability to reshape itself, is most intense at the start of life, which is why children learn at such great speed. The optimal periods for learning are then called « sensitive » or « critical ». Learning is definitely possible afterwards, it will simply take longer and be more difficult. Man is neurologically programmed to learn his entire life, and this is true even at the oldest of ages.

This article was based on the book “Neuro Learning: Les neurosciences au service de la formation”, a great book that “constitutes a pedagogical exploit in the measure wherein it transforms an eminently disruptive process into a group of new possibilities for apprenticeship”.

4. "There are three styles of learning"

This myth, which particularly spread among teachers, claims every learner has a preferred way of learning: visual, auditory, or kinesthetic. These preferences, when they manifest, are really just work habits, and science shows that conforming to them adds no benefits.

No matter one’s potential preference, man is first and foremost a visual being. It has been proven that adding an image to an explanation facilitates learning for everyone; multiplying sensory modalities facilitates attention and memorisation in all individuals.

Recent reflections by specialists in adult education have questioned this whole « styles of learning » issue as well.

5. "Listening to Mozart makes you intelligent"

This myth is based on a scientific “bug”. In 1973, American researchers published results in the prestigious Nature review, indicating an increase in IQ after listening to one of Mozart’s sonatas. In this study, three groups of adults were put through a battery of cognitive IQ tests before and after listening to either Mozart, a relaxing tune, or nothing at all. The “Mozart” group showed a slight increase in spatial reasoning skills, but that effect only lasted a few minutes. The other tests showed nothing, and though these results were quite preliminary, they travelled around the globe.

It took more than fifteen years to face the facts: though rigorous, the initial study had produced erroneous results. In the meantime, however, the myth was embedded in people’s minds, and certified “Mozart effect” products had flooded the global educational market, claiming to develop young children’s intelligence, even in their mother’s womb. It should be noted that the study itself was limited to adults.

Even though the “Mozart effect” turned out to be a scientific flop, recent research suggests that studying music during childhood enhances cognition (White-Schwoch, 2013).

The Brain Gym® programme claims to improve the transfer of information between the two halves of the brain through a series of exercises. For example, it tells its members to breathe through the left nostril to stimulate the right side of the brain, which has no scientific basis.

Created by a British teacher, and sold in eighty countries, this method wrongly claims neuroscience as its foundation. Despite scientific campaigns disproving it, the programme still attracts educators in many countries. It is worth noting that its authors have removed the most absurd assertions from the most recent edition.

Even though physical exercise of any kind has been shown to be beneficial for the brain, Brain Gym® has been unanimously condemned by the scientific community.

It is often said that women and younger generations are more skilled at multitasking activities. To the question, “Are they more productive by taking care of multiple tasks at once?”, the scientific answer is categorically “No”. On the contrary, cumulating tasks in parallel puts more strain on the brain. That is namely the reason using the phone was forbidden while driving.

Performing two tasks simultaneously is possible only when one of those is completely automatised, like talking while walking. Even then, the automatic activity can be easily interrupted by unexpected circumstances. Our brain is far more effective when performing one task at a time, regardless of age or sex.

One often hears that men and women possess different intelligence, and that men are more skilled in mathematics, for example. Is that true? Anatomically speaking, the male brain is larger and heavier than its female counterpart. There are also functional differences: the area of speech, for example, seems to be more active in the female brain. Both brains are not soaked in the same hormones, since sexual hormones are present, but no link has been established between these variations and possible differences in cognitive functioning.

Though past reports have suggested a superiority of boys over girls in the field of mathematics, more recent ones question that assertion. 86 countries were involved in a study that proved that the difference, if it exists at all, is slight and more attributable to social factors than gender. A meta-analysis also showed female students have obtained higher grades than boys in any topic for the past century.

Despite the biological differences found in brains of both sexes, they have not yet been credited with any signification. In particular, male and female intelligence remain very similar (though it is worth noting that there is no real scientific definition of intelligence…).

Brain training, video games meant to stimulate the brain, which are very popular in the United States, have entered the European market. Are they effectively creating lasting improvements of cognitive functions? Many studies are trying to find an answer to that very question. So far, results have been disappointing. A group of scientists even mobilised to expose the product in the eyes of consumers.

After six weeks, all three groups had increased their cognitive scores at a similar rate.

Two studies in French classrooms showed the effects of Nintendo Brain training to be similar to those of games involving pencils and paper.

Setting aside the absence of compelling results, the main question surrounding these games is the transferability of the skills and knowledge they share. To become more proficient at a certain task, all one needs is practice. So, improving one’s score in a game, by clicking on a target more quickly for example, does not mean this will improve one’s cognitive performances in everyday life.

10. "You can learn while sleeping"

The myth that would have people believe they can learn while sleeping is not new. Researchers from the former Soviet Union tried to get to the bottom of this question back in the ’50s and ’60s. Some of their studies produced positive results, but those showed grave methodological errors. This explains why scientists from Western countries were never able to duplicate these alleged results.

To learn, one must be awake, because conscientious efforts are required. Though we can’t learn while sleeping, we still need it for the considerable part it plays in the brain’s development and functioning. It namely allows the consolidation of things we learn while we are awake.

This article was based on the book “Neuro Learning: Les neurosciences au service de la formation”, a great book that “constitutes a pedagogical exploit in the measure wherein it transforms an eminently disruptive process into a group of new possibilities for apprenticeship”.